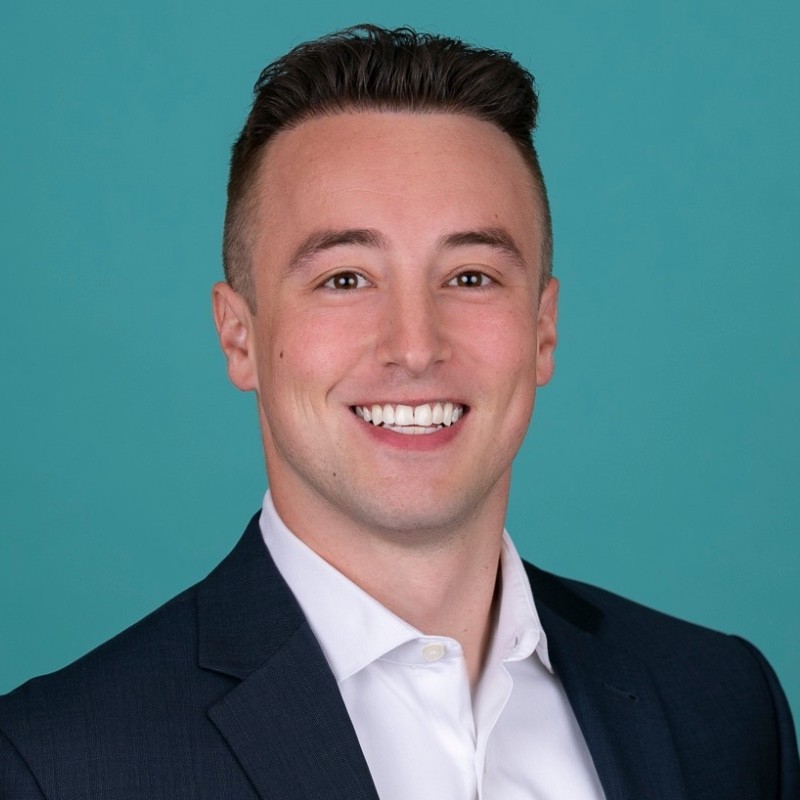 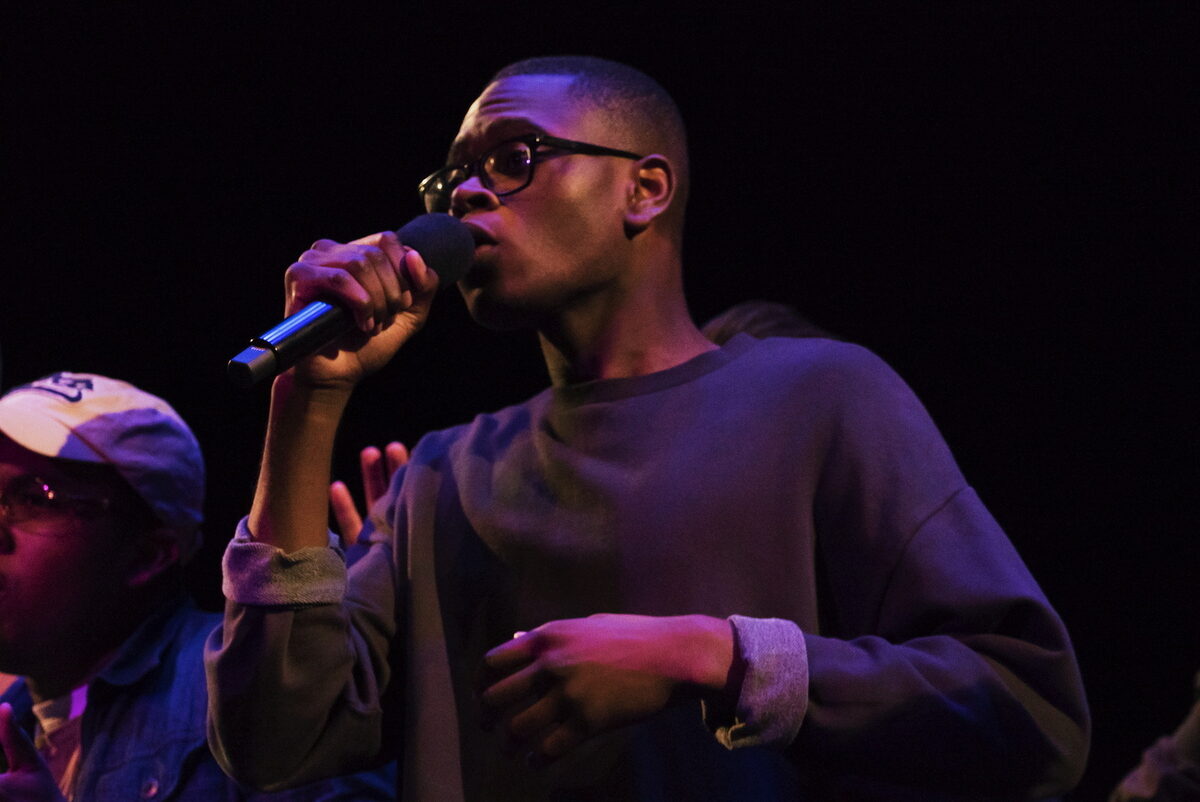 Daniel Boaitey, a software engineer at Jellyfish, inspires his team every day. His positive attitude, collaborative spirit, and love of learning are just a few character traits that make him a beloved member of the “Jormungandr” engineering team.

I sat down with Daniel to discuss his career journey to date. We discussed his future aspirations, why he chose a career in software engineering, and how software engineers are uniquely positioned to bring positive change to the world. The following excerpts are just a few highlights from our conversation.

And if you’re interested in working with colleagues like Daniel, check out our careers page!  Jellyfish is growing rapidly across all functions, and we’re going to continue to need many great people to help realize our vision.

What originally drew you to a career in technology and a role in software engineering?

Daniel Boaitey (DB): When I was younger, I was really interested in the people who had founded some of the defining tech companies of our generation. In general, I was also really interested in learning how things work. That eventually led to an interest in computer science.

I also had an early interest in building world-changing companies. Software engineering,  compared to other forms of engineering, also seemed like a really easy way to build and change the world. You really just need a computer.

What do you love most about being a software engineer?

DB: Definitely that ability to create game-changing stuff that can really quickly and easily create influence and impact in the world. Additionally, thanks to the internet, whatever you’re making really has the ability to reach the world. Physical products, on the other hand, can be more limited.

I also definitely enjoy the collaborative aspect of being a software engineer. I’ve learned that firsthand as a new engineer. Working in a great team is just really a fun time, and so it’s important for me to build software with good people.

How long have you been at Jellyfish, and how’d you first learn about us?

DB: I’ve been at Jellyfish for over a year now. In terms of how I heard about Jellyfish, I was looking pretty intentionally in the Boston region for my first job, and I found a podcast called VentureFizz that focuses on New York City and Boston tech companies. Andrew was interviewed there, and that was the first time I heard about Jellyfish.

Why did you join Jellyfish?

DB: I could see that the company was in a stage that aligned with what I was looking for in my first job. I wanted to be somewhere where I could grow and learn quickly. I also wanted to be somewhere that was in a balanced state, where it wasn’t a really small startup – where I’d have way too much to figure out as somebody fresh out of college. On the other hand, I didn’t want to be at a huge company where I might feel like a cog in a machine and have a smaller scope of impact. Jellyfish had a good balance, where I could learn from people that had experience while having the freedom to work on a lot of interesting stuff. On top of that, the background of the founders was really great to see, just considering the success they’ve seen.

And I definitely believed in the product. We all know that software is eating the world. Every company is a software company or has the potential to be a software-enabled company. If this is really a problem that’s worth solving, then this could be really huge.

What team are you on here at Jellyfish, and what is your role on that team?

One thing that’s pretty cool about Jellyfish is that each team is able to see work within their own subset of product areas. I personally work as a generalist engineer on Team Jörmangandr, so that means I get to do work that can touch either the front-end or back-end. I really enjoy the freedom and technical breadth in terms of the work I get to do, as well as the variety of product areas that I have the chance to work on.

Is there any specific work that you’ve done here that you’re either most proud of or maybe you had the most fun working on?

DB: One of my favorites has been the work we’ve been doing with DevOps. My team has been pretty focused on that over the past year. I’ve been able to contribute to that quite a bit, and it’s cool because it’s a totally brand new area of the product that is just starting to get into the hands of many customers. To have been able to see the cycle of building, iterating, receiving feedback and making progress has been a great opportunity; I’ve now seen how something goes from an idea to a fully-featured product.

How would you describe the overall culture of the engineering team?

DB: I would describe our team culture as one where respect is given to each individual. It is an open space for communicating ideas and having healthy debates. But we’re always able to keep it objective; there are no character attacks or anything like that.

There’s also a culture of helpfulness where people are willing to put down whatever they’re doing and give you a hand in whatever you’re working on. It’s a huge part of what helps us all be productive and works against having information silos where only one person knows a thing really well.

It’s also a really fun team. We’re able to crack jokes and have fun. When we get together, it’s always a good time, and we gel pretty well together.

My life at Jellyfish would be so different if I didn’t have ___.

DB: I’ll say Alison Mandel, my team lead. She has a really great ability to find the dark corners of a problem and ask good questions to light up those corners. She’s also able to frame things really well and put things in good context so that we’re making sure we’re solving the right problem, we have the right information, and we’re moving in the right direction.

What are your favorite hobbies outside of work?

DB: I tend to spend time with friends and my fiancé. I’m pretty involved in my church with music and some other things, so some time is definitely spent there. We catch a show here or there, and I’ve recently started going to the gym as well.

I also really like keeping up with Technology ecosystem news.  I’m just interested in the meta of this industry a lot. Additionally, I  listen to a lot of podcasts that cover various technical and entrepreneurship topics. It’s a great and entertaining way to learn from many interesting people.

In this employee spotlight interview, I sat down with Milan Thakker, an early member of the Jellyfish team, and discussed what it was like in the early days of the company. He shares why his role is unique and what is required to thrive in a cross-functional environment when working with so many teams.

At Jellyfish, we are privileged to work with such a talented group of engineers everyday. To celebrate National Engineers week, we interviewed Jasmine Oliveira, one of our very own software engineers at Jellyfish, to discuss her career as a software engineer, the team evolution over the years, and the creativity involved in software development.

In this employee spotlight, we chat with Sydney Smith, a member of our business development team, to discuss her experiences on the Jellyfish sales team, the Jellyfish culture, and a special team member that goes out of her way to help anyone in need.